I finished this top using the Irish Lace and Russian Lace methods last Friday May16, 2014.
I wanted to wear it to the SF Maker Fair this year.
I attended this event and taught crocheting and also participated in the Free Form booth.

I used many motifs that I found in the Duplet and Mod magazines from Russia. I found the paisley designs and some of the leaf patterns in the new magazines  http://www.duplet-crochet.com/ has been offering " Crochet School". They are just books with the diagrams - no fashion pix etc.

I highly recommend this site and these magazines - especially if you prefer to work from diagrams!

I have recently learned to make beautiful cro- symbol charts. This facilitated me being able to FINALLY publish a pattern I have had in the works for quite sometime!
I am hoping to publish some of the other patterns I have in my "notebook" now that I have mastered the technique of making the symbol charts using adobe illustrator. YAAAAY! 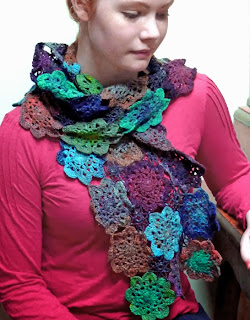 My friend Sarah commissioned me to make an Irish Lace crochet garment for her wedding! 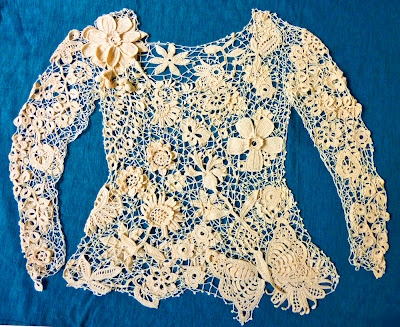 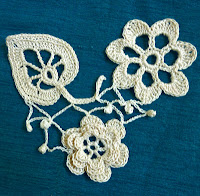 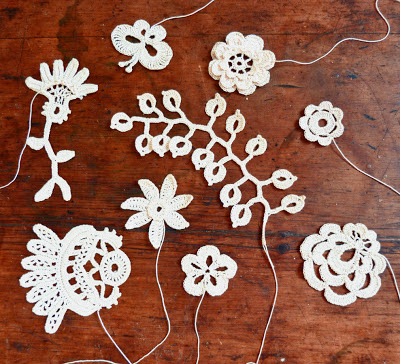 My friend Kim has an awesome blog
entitled "Irish Together"
Kim is the most amazing Irish lace crocheter! I watch her whipping along with super tiny thread making these perfect little shamrocks and roses!
I myself simply can't go smaller than #20 - thread - and that is only for the filler - Not the motifs!!
I am so very flattered that She has made a beautiful post of my "Russian Crochet" inspired skirt!
Please check it out!
http://irishcrochettogether.blogspot.com/2013/03/modern-love-mirtos-skirt.html
Posted by mirtooli at 9:46 AM No comments: 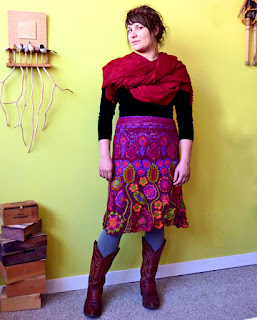 I have been enthralled with Irish crochet motifs for a few years. Recently I also became aware of the Russian version of "Crochet Lace".
In August I began to make a skirt. The impetus was to be able to enter it into the fashion show at the Knit/Crochet conference in Reno September 2012.
I was a little unrealistic about the timeline for completing it- but non-stop crocheting and many late nights helped me get it done by the deadline. I figure it took me roughly just over a month to do.
Honestly - I am quite pleased with the results. There were definitely some scary moments where I was afraid I would NOT get it done - or it would turn out weird and funky!!!
My beautiful daughter "Alexis" is modeling it for me- though it looks ok on me too. 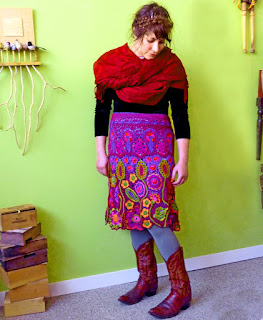 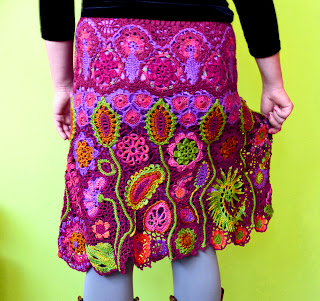 Sausalito, California is not only home to the yarn store I work at, Bluebird Yarn.  It is also the headquarters of Be Sweet Yarn company. Be Sweet is actually a short 2 blocks away from the Bluebird Yarn storefront! Be Sweet produces  some very beautiful and exotic yarns and it does it this in a manner that is socially conscious and global in scope.( go to their website and read more - it's impressive and heart warming!)
Sophie at Bluebird always has a good stock of Be Sweet yarns and has created some designs specifically for some of Be Sweet's yarns - most notably her T-shirt bucket bag.

The  "Flower Pouch Market Bag"was re- written by me for Bluebird's customers from  an old pattern which was no longer available. Last year Sophie crocheted it using Be Sweet's Taffy and Bambino yarns. It turned out fantastic! She took it to  the TNNA 2011 conference where it was a huge hit.  Be Sweet asked me to make up one for them. I re- wrote the pattern once again specifically for Be Sweet's Taffy and Bambino yarns. (see the right hand side panel of my blog for the photo and link to the pattern) 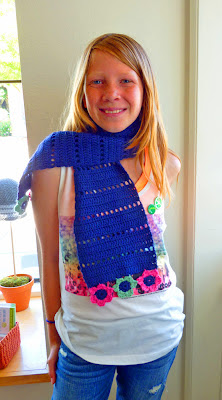 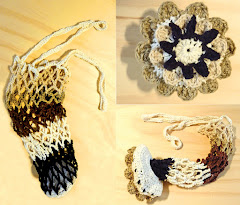 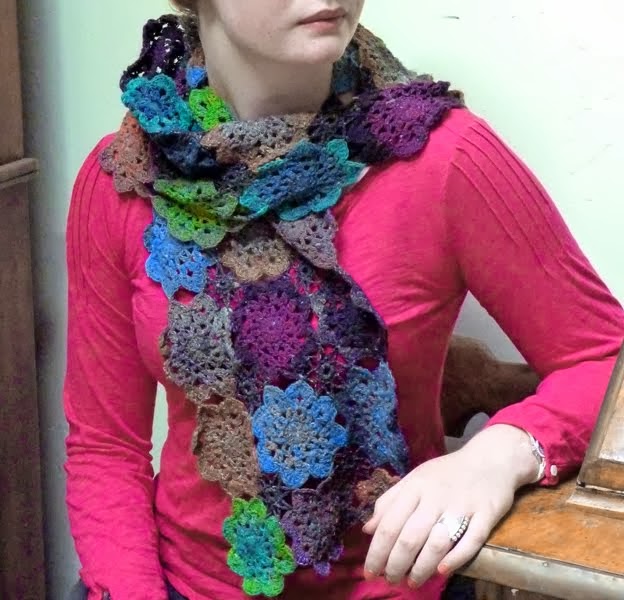 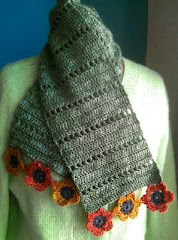 mirtooli
This blog is dedicated to my crochet explorations, pattern development, and creations.